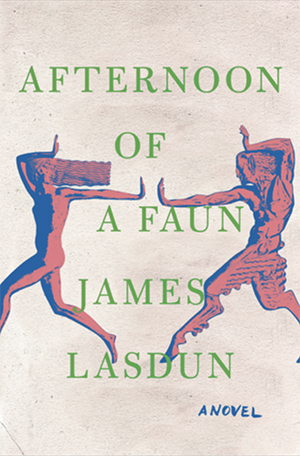 “an instant masterpiece that brings the taut psychological precision of a Chekhov story to a hyper-modern, post-#MeToo setting… one of the most incisive investigators of the human heart writing in English today.” Johanna Thomas-Corr, The Guardian

An accusation of sexual assault opens an investigation into the meaning of truth in this stylish, psychologically acute thriller.

“The truth might be hard to bring to light, but that didn’t mean it didn’t exist, because it did exist: fixed in its moment, unalterable, and certainly not a matter of ‘belief.’ ”

When an old flame accuses him of sexual assault in her memoir, expat English journalist Marco Rosedale is brought rapidly and inexorably to the brink of ruin. His reputation and livelihood at stake, Marco confides in a close friend, who finds himself caught between the obligations of friendship and an increasingly urgent desire to uncover the truth. He is drawn, magnetized, into the accuser’s orbit, and the question of his own complicity becomes impossible to avoid.

An atmospheric and unsettling drama from a novelist acclaimed as “the literary descendent of Dostoevsky and Patricia Highsmith” (Boston Globe), Afternoon of a Faun combines a sharply observed study of our shifting social mores with a meditation on what makes us believe, or disbelieve, the stories people tell about themselves.

“James Lasdun’s brilliant new book…spreads implication like condensed flavor crystals that dissolve in water. By the end of the novel, he has examined every corner of the narrator’s conflicted psyche and surveyed an ever-shifting social question without once resorting to cliché…one imagines oneself, along with the narrator, vacillating forever, doubting, arguing both sides, weaving and unweaving webs of justification and delusion. But an objective truth does exist here, and, finally, Lasdun reveals it. The shock of this moment owes to how tightly the book’s psychological mechanisms are wound”  Katy Waldman, New Yorker Page-Turner

“Our age, too, is one of demagogues. What are we to make of our “ivory-gold colossus” — James Lasdun’s phrase in his brilliant new novel of the #MeToo era, Afternoon of a Faun? This colossus “at once menacing and cosmically aggrieved” who for two hours perorates before the Conservative Political Action Conference (only would-be or actual dictators afflicted with narcissistic disorders talk for that long) and declares: “I’m in love, and you’re in love. We’re all in love together.”…needs people in his thrall, like that Madison Square Garden crowd. As Lasdun wrote, “Nothing short of dominion over the entire universe could compensate for the wrongs done to him.” Roger Cohen, New York Times

“Afternoon of a Faun is a highly conscientious novel, elegant in its execution and almost humble in its refusal to grandstand, or to turn a story about rape allegations into some didactic allegory. ” Josephine Livingstone, The New Republic

“Of the novels to come out of the #MeToo moment to date, none is more riveting, insightful, and unsettling.” Kirkus Review (Starred Review)

“slippery, provoking and very timely…Something fascinating and disturbing takes place: the book’s villain is neither the accused nor the accuser but the ostensibly impartial onlooker…In our moment of rampant #MeToo voyeurism, this sleight of hand works to devastating effect.” Sam Sacks, Wall Street Journal

“Afternoon of a Faun is a brilliantly imagined, devastatingly insightful and powerfully rendered novel of sexual exploitation and betrayal. Like all of James Lasdun’s work, it is meticulously written and intelligent, both a novel of ideas and a cautionary tale for the #MeToo era. Its ending is bitterly ironic, or perhaps just darkly funny, depending upon one’s perspective – and Afternoon of a Faun is about the very drama of “perspective”.” Joyce Carol Oates

“In his 2001 collection of poems, Landscape with Chainsaw, James Lasdun staked his claim as a poet who finds the best words about the most difficult things: displacement, broken dreams, the fragile integrity of nature and the just-as-fragile nature of integrity. Since then, Lasdun has found an equally impressive place in the field of fiction. His latest novel demands no less acclaim than his poetry and is no less exquisite in its crafting. Afternoon of a Faun is a sustained meditation on the #MeToo movement, shining uncompromising light into the darkest areas of our current malaise—this surreal era in which a person called to administer our nation’s highest justice can be publicly accused of having perpetrated unconscionable sexual offenses.” Michael Alec Rose BookPage

UK Reviews (Afternoon of a Faun is published in the UK with a second short novel, Feathered Glory, under the title Victory):

“[Victory makes] a case for James Lasdun as one of the most incisive investigators of the human heart writing in English today… [Feathered Glory is] a subtle, well-judged story about restraint, rapture and regret. But it’s Afternoon of a Faun that feels like the main event, an instant masterpiece that brings the taut psychological precision of a Chekhov story to a hyper-modern, post-#MeToo setting…Lasdun’s limpid, muscular prose cuts to the heart of midlife anxieties…If future scholars want to know what the hell was going on with sex and power at this moment in history, Victory won’t be a bad place to start.” Johanna Thomas-Corr, The Observer/Guardian

“James Lasdun’s new book is actually two novellas, Feathered Glory and Afternoon of a Faun, and the headline act is clearly the second tale. Both explore uncomfortable corners of the male psyche with eerie clarity, but Afternoon of a Faun goes darker and further, with a timely and irresistibly unpleasant story that is sure to provoke passionate discussion…each time we feel that we can definitively decide where to put our sympathies, the story jostles and unbalances us with new insights….In an age of loud invective and binary solutions, there is something wonderful about Lasdun’s scrupulous recording of doubts and uncertainty… [Lasdun] tells us, almost at the outset, that he feels some final truth should be achievable. Reality “was something that existed outside the human mind, and independently of it … not a prize awarded to whoever fought hardest and dirtiest”. It’s some achievement that by the end of the story, you feel he has stayed true to this, but also true to the novelistic task of representing the characters in all their complexity… Afternoon of a Faun that lingers after you have closed the book with a vividness that testifies to the compact virtues of the novella.” Marcel Theroux, The Guardian

“fascinating about the warped thought processes that often underpin male duplicity. In elegant and supple prose, Lasdun documents the leaps of logic and sly rationalisations… Afternoon of a Faun has a propulsive energy, as both reader and narrator yearn for an answer to the question: is Rosedale’s accuser telling the truth? The denouement, when it arrives, is shocking… As a man, reading these two novellas in tandem doesn’t make one feel proud of one’s sex. But they are stories that ought to be read — not just for their insights into “toxic masculinity”, but for what they tell us about ways in which men think.” William Skidelsky, Financial Times

“James Lasdun is my favourite ‘should be famous’ writer, his work extraordinarily taut and compelling. His eye-boggling psychological thrillers are understated, yet perspicacious and hilarious…Unwittingly (because he started them before the furore), Lasdun has written two superb novellas for the #MeToo age, published together in Victory. Both explore themes of lust, transgression, self-delusion and male friendships…Lasdun expertly demonstrates how inner moral structure is often built on the scaffolding of tenuous and arbitrary rules and self-justification. The complexity of male friendship is also wryly assessed…enthralling.” Leyla Sanai, The Spectator

In a world of conspiracies, denunciations, allegations and alternative facts, the very nature of reality is at stake, as truth and the past become no more than questions of character and reputation in the present: who do you trust and why? Afternoon of a Faun grippingly interrogates these questions… The novellas are united by Lasdun‘s signature virtues: a forensic attention to psychological detail, a mastery of dialogue and an all-around fluency that gives his prose a compelling swiftness. It is these virtues, more than the plots, that make Victory a triumph.” Frank Lawton, Literary Review

“brilliant…confirms Lasdun as one of the great serio-comic writers of the age.” Ian Thompson, The Tablet

“A classic He Said, She Said scenario plays out in Afternoon of a Faun, which examines the nature of truth and asks whether the onus of belief must always be on the believer, spooling between past and present. Marco, is accused of committing a sexual assault in a memoir written by an old flame. He confides in a boyhood friend, the English narrator of the story, the son of a well-known architect, a writer and teacher of creative writing in New York, who lives in upstate New York, and whose sympathies shift constantly as the riveting story unfolds.” Jackie McGlone, Glasgow Herald

“[James Lasdun’s] electric new book… is absorbing… [it] constantly pulls the rug from under your feet.” Anthony Cummins Daily Mail